All music fans, students, and aficionados should listen to this episode of Star Talk Radio, hosted by Neil DeGrasse Tyson, entitled “The Music of the Spheres”. It features an interview with Moby and discusses how music is invariably connected to the vibrations of the universe, our emotions, and our brainwaves. Highly recommended!!!

…and mentions Marquee Five and our new debut CD “8-Track Throwback” towards the end. Check her out November 27th and 28th! 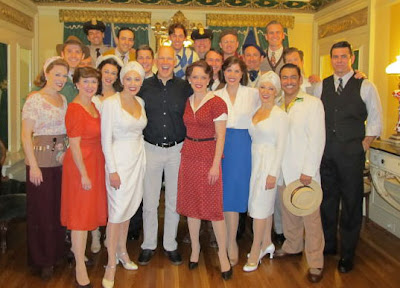 Check out David Zippel (center, black shirt), who came to the matinee and stopped by to greet the cast of “City of Angels” afterwards at Goodspeed Musicals today!  See if you can find me – I’m the one in orange (hardee har har).

…on November 7, I heard the two-year old Marquee Five perform a show called “8-Track Throwback,” a five-part harmony homage to the music of the 1960s and ‘70s. In Marquee Five, I knew I’d found my Manhattan Transfer for the new millennium…“Marquee” is the appropriate moniker for this group of smooth, synchronized and powerful singers who seamlessly blend together for a magical musical brew. There’s little doubt their names will be showcased above a theater entrance somewhere very soon.

Read the rest of this wonderful review/”history of” Marquee Five in the Times Square Chronicle by Stephen Hanks.  Makes me so proud to be in this group! If you haven’t already, order our “8-Track Throwback” CD (and maybe a Tshirt!) by downloading and mailing in this order form.  Amazon.com and iTunes links to come as well.

Also, the wonderful live-performance photographer Adam Jason (www.adamjasonphotography.com) captured us having fun on stage – check out our full gallery of photos on Marquee Five’s Facebook album.

November 7, 2011
At a CD release concert and party at the Laurie Beechamn Theater, Marquee Five officially releases their debut album, “8-Track Throwback,” which is available for order via their web site. 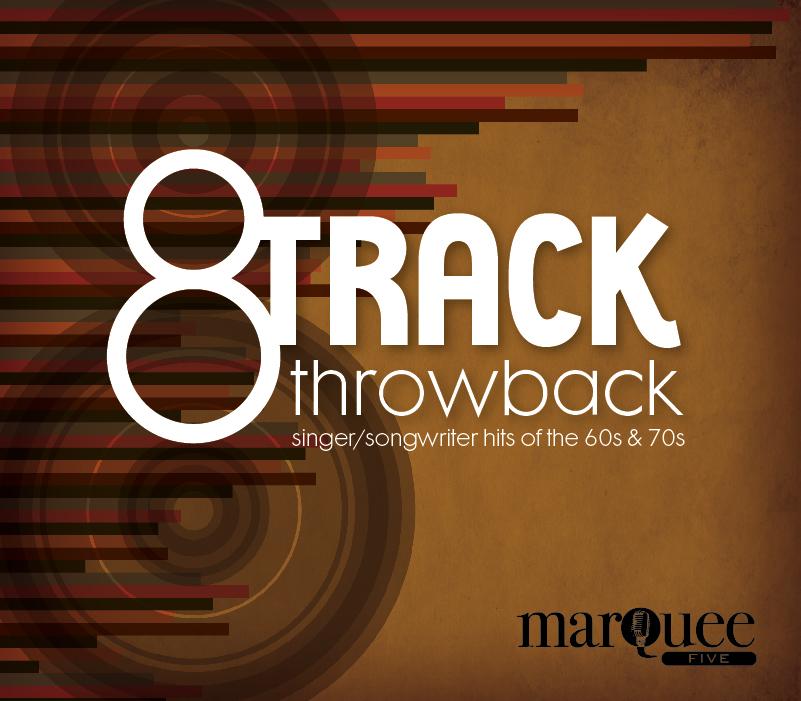 Here’s an update on what’s been going on here in Connecticut and in New York City! I’m still having a terrific time in East Haddam, performing in “City of Angels.” I had two exciting understudy performances as Donna/Oolie while Nancy Anderson accepted her Noel Coward award, appeared on television singing in The Angel City 4 quartet with “Jimmy Powers,” came back to New York to debut Marquee Five’s CD, “8-Track Throwback” with a CD Release Party/Concert, am about to embark on the thing called the Holiday Season, and ate my weight in breakfast fare at The Whistle Stop Cafe in Deep River.  More on the latter place….later…

Here we are at the opening night party!  More pictures can be found at the Goodspeed Facebook album page of many other cast members.

We’ve had a huge number of stellar reviews, including a terrific ones from the New York Times, TheaterMania.com, Examiner.com (who gives the Angel City 4 some “exquisite harmony” praise), and ReminderNews.com.  Playbill.com also posted a gallery of backstage photos taken by castmember Robert J. Townsend, which shows some of the fun schenanigans happening off stage.  Plus, after understudying as Donna/Oolie for Nancy Anderson on October 22nd, I received a nice mention in this review from WMNR.

This past Monday, November 7th, the Angel City 4 returned to NYC to join forces with Julie Reyburn and meld back into the form of vocal group Marquee Five.  Along with our Throwback Band (Mark Janas, Tony Romano, Matt Scharfglass, and Wally Usiatynski), we rocked out at the Laurie Beechman for our “8-Track Throwback” CD Release Party and Concert.  We sang many tracks from the CD, a song from our first Kander & Ebb show, and a song from our future “swing” show.  We also offered some audience participation, giving them the opportunity to decide a “Grab Bag” song chosen from a short list from “8-Track” (they decided on “Jolene” by volume of applause).  We sold CDs and Tshirts, thanked our Kickstarter.com backers profusely, and had a wonderful time.  You can purchase CDs and tshirts yourself via MarqueeFive.com (we will soon have the CD up on Amazon.com and iTunes as well, but in the meantime we are manually taking orders).

Now that Marquee Five’s CD child has been birthed unto the world, and in between acts of “City of Angels,” I’m dusting off my music book and mentally putting on my Christmas Caroling hat (it’s a bonnet actually) in anticipation of once again singing with the Definitely Dickens Holiday Carolers.  We specialized in memorized, a cappella, 4-part harmony carols in modern and classic styles, and are available to be hired for holiday parties and business events.

Finally! It’s time to mention The Whistle Stop Cafe (here in a brief mention at Courant.com).  It’s a tiny shack of a restaurant on the Main Street of Deep River, CT.  Cash only, and a staff of about three cooking and serving a one room breakfast house (with some front and rear outside dining options).  The cook has been there for 19 years, and it has become a staple of many locals’ morning eating rituals.  The food and decor is down-to-earth homestyle, the taste is always exquisite, the food is expertly made, with some unique specials mixed in each day.  They have about 10 omelette standards and equal number of choices in eggs benedict, pancakes, breakfast meats, drinks, etc.  This morning, I had the “Trifecta” omelette, which included shallots, garlic herb cheese, truffle oil, and shitake mushrooms. They don’t play around!  In any event, to anyone visiting Goodspeed Musicals who wants to eat breakfast heartily, grab some cash and visit this place – and make sure to split their amazing french toast dish at the table!

And now…more pictures of us backstage at “City of Angels.” Thanks for reading!