Recorded at Mark Janas’ The Salon Open Mic, Mark Janas at the piano

October 19, 2013
Marquee Five performed in “Broadway By The Letter: Act One” at 54 Below, Broadway’s Supper Club, on October 19th, 2013. In his BroadwayWorld.com review, Stephen Hanks said this: “beautiful brunette Sierra Rein–voluptuous in both voice and body–zeroed in on the Mark Shaiman/Scott Wittman song “They Just Keep Moving the Line,” and belted it out of the park like Joe DiMaggio would a baseball in his prime.“

Read the full A+ review on BroadwayWorld.com by Stephen Hanks, October 23, 2013..

“In Broadway By the Letter: Act One (a set of songs representing the first half of the alphabet), this fabulous five-some once again delivered delicious harmonies on a variety of song styles, standout individual performances, and intricate yet accessible vocal arrangements from group member and Musical Director Adam West Hemming…cleverly covered the letter B with Bombshell, the faux Marilyn Monroe musical from the late, lamented TV show, Smash, and beautiful brunette Sierra Rein–voluptuous in both voice and body–zeroed in on the Mark Shaiman/Scott Wittman song “They Just Keep Moving the Line,” and belted it out of the park like Joe DiMaggio would a baseball in his prime.”

Read the full review of the Broadwayworld.com review and commentary by Stephen Hanks here.

Marquee Five is slated to perform at a special “Into Sweeney Todd’s Woods” show on October 31st, 2013!

Attend the Tale… 54 Below, Broadway’s Nightclub, is thrilled to celebrate Halloween (Thursday, October 31 at 9:30pm) with a special evening of songs from two beloved musicals: Stephen Sondheim’s masterpieces, Sweeney Todd and Into the Woods. Expect a night of chills and thrills as some of Broadway and cabaret’s spookiest performers descend on the midtown boite for what promises to be an All Hallows Eve to remember.

Apply access code “ISTW5” online for a discount of $5 off the cover price! 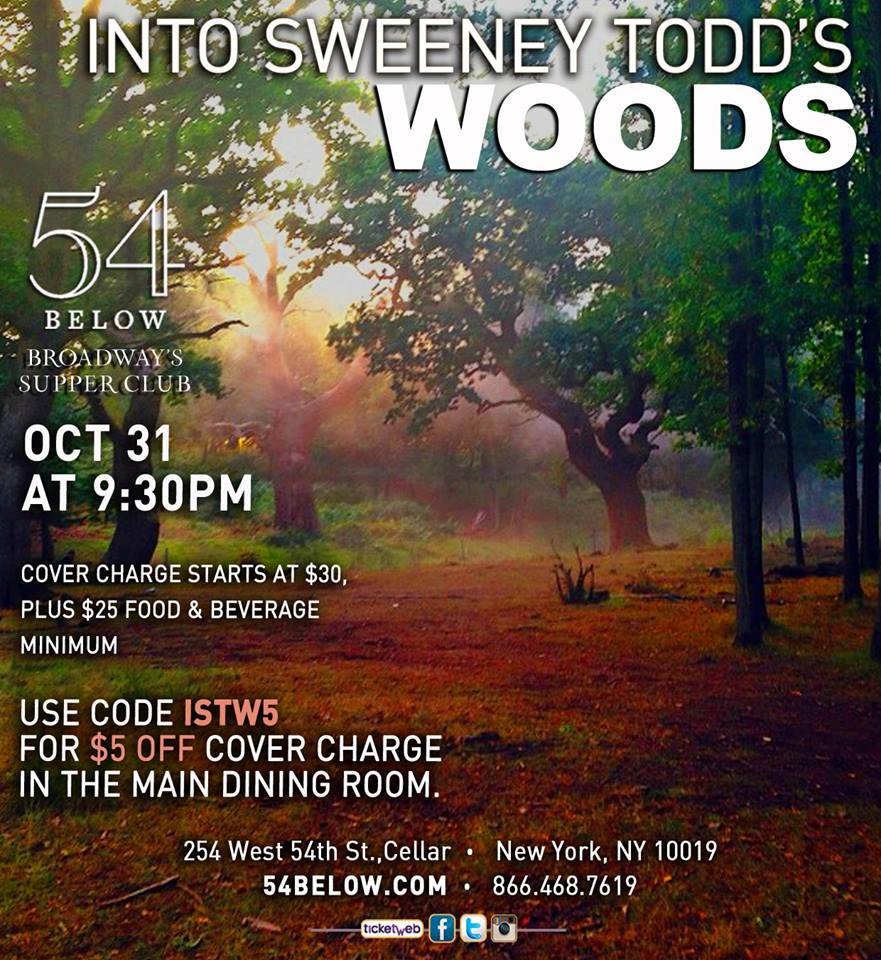 October 12, 2013
Sierra was seen in a Narrated Concert version of the new musical “Rip!: A Story of Love, Revolution, and What Is Possible” by Dan Furman, with additional lyrics by Mary-Liz McNamara, at The Reformed Church of the Tarrytowns on October 12th, 2013.

Marquee Five returns to 54 Below with their acclaimed show “Broadway By The Letter: Act One,” a collection of Broadway material arranged with Marquee Five’s signature harmonies, humor and heart, including pieces by Stephen Sondheim, Rodgers & Hammerstein, Kander & Ebb, Jason Robert Brown, William Finn and many more. Featuring Adam West Hemming, Vanessa Parvin, Sierra Rein, Julie Reyburn and Christopher Whipple on vocals, accompanied by Mark Janas and directed by Lennie Watts, “Broadway By The Letter: Act One” offers a harmony-infused tribute to theatrical composers, shows and songs presented with a wink and a few surprises.

Watch Video of Marquee Five singing from “Broadway By The Letter: Act One” at 54 Below’s “Sondheim Unplugged,” September 15th.