As a Holiday card to friends and fans, Marquee Five sent out some video footage from its past. First, an a cappella version of “The Christmas Song” performed at Feinstein’s back in November of 2011: 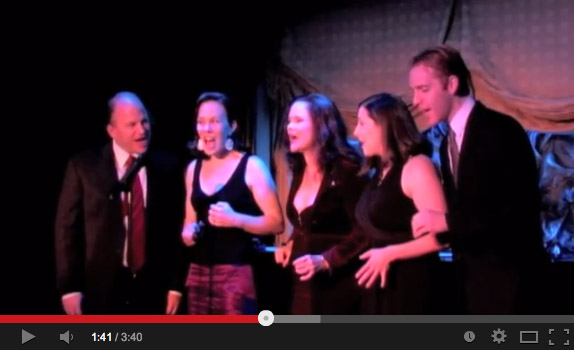 Then there’s footage from Mark Janas’ Birthday Party from June 9th, 2012 – Marquee Five sang “Wonder Love,” and we had an absolute blast with the band and Mark Janas himself at the piano. You can purchase this track from our CD for .99 cents on iTunes.
Click image for YouTube link 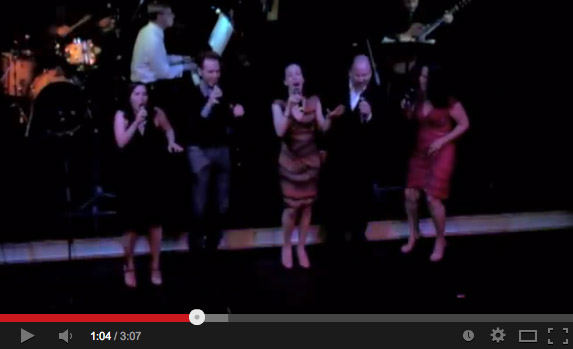 Become a subscriber of Marquee Five and view more videos on YouTube.com

December 8, 2013
Marquee Five sang with Julie Reyburn at Urban Stages, as part of the “Winter Rhythms 2013” series – December 8, 2013 at 7pm in a special blend of past and future projects. Award-winning cabaret artist Julie Reyburn brought back her very first show, Fate Is Kind, on a double-bill with Marquee Five, featuring Mark Janas on piano. The evening included songs from all three Marquee Five shows (We Can Make It: The Songs of Kander & Ebb, 8-Track Throwback, and Broadway By The Letter: Act One), a handful of holiday standards to celebrate the season, as well as a few “special event” arrangements and numbers from a brand new show set to debut in 2014.