WINNER: 2019 MAC Award for Best Debut
Nominated for 2018 and 2020 BroadwayWorld Cabaret Awards for Best Debut
and the WINNER of the 2019 BISTRO AWARD for OUTSTANDING DEBUT:

Read online those Sierra wishes to thank for her MAC Award

Read online those Sierra wishes to thank for her Bistro Award

“True to the Bistro tradition of honoring outstanding work whether performed by a veteran artist or a relative newcomer, the Bistro Awards pays tribute to cabaret favorite Ricky Ritzel for his delightfully entertaining Musical Series, Ricky Ritzel’s Broadway, and to singer Sierra Rein for Debut. Rein made her first solo appearance last year with an impressive performance that covered the gamut from humor to drama, but with a strong emotional undercurrent that turned her show into a deeply moving experience.”
– BistroAwards.com 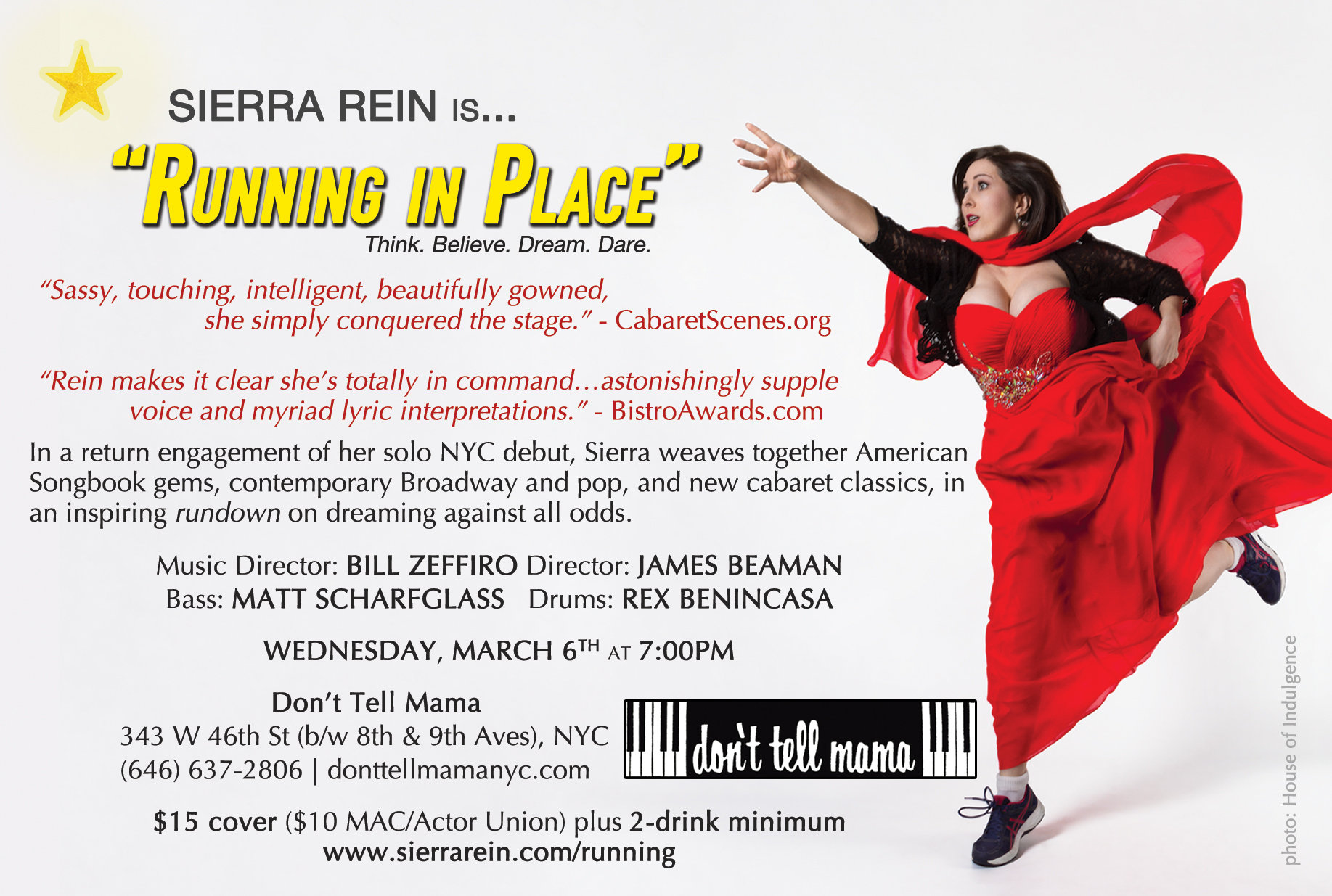 Sierra Rein is “Running in Place”

**Recommended as a “Pick of the Week” by Time Out NY, Cabaret Scenes Magazine, and twice a “Bistro Pick” and now a Bistro Award Winner (Debut) by BistroAwards.com!**

“Rein makes it clear she’s totally in command of where she has long wanted to be…offers a carefully chosen baker’s dozen numbers that are every bit as wide-ranging in content and style as her astonishingly supple voice and myriad lyric interpretations.” Read the review by Robert Windeler of BistroAwards.com.

“And oh, does she know how to build a number…transforms from saucy to sizzling…an emotional payoff with the skill and confidence of a Judy Garland or Barbra Streisand.” Read the review by Bart Greenberg of CabaretScenes.org.

“Her sumptuous alto and her intelligent, perceptive, and expressive interpretations would be enough to make this show exceptional. But there’s something else: a strong emotional undercurrent—never overstated or obvious, but nonetheless palpable and powerful—that ultimately transforms this uncommonly fine hour of cabaret into a deeply moving experience.” – Roy Sander, Associate Producer of the Bistro Awards 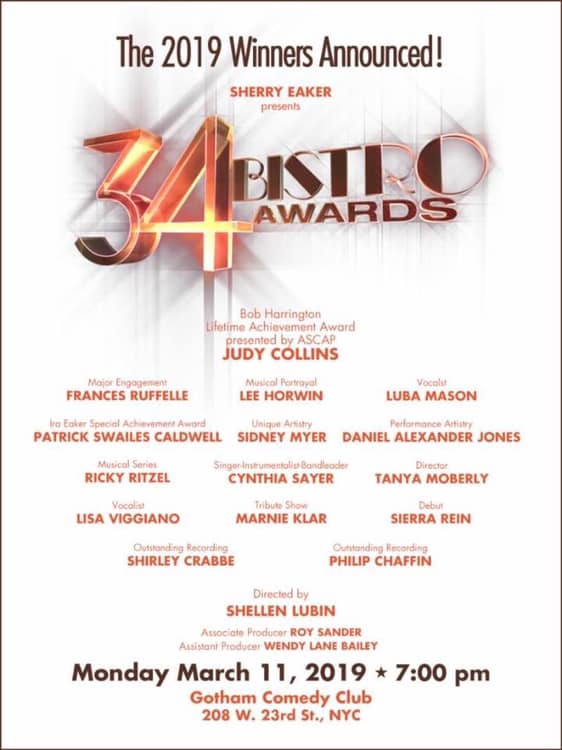