March, 2019: Sierra Rein and “Running in Place” was awarded the 2019 BISTRO AWARD WINNER for OUTSTANDING DEBUT and the 2019 MAC Award for Best Debut

Sierra sang and accept her award for Outstanding Debut at The 2019 Bistro Awards Gala. From BistroAwards.com: “True to the Bistro tradition of honoring outstanding work whether performed by a veteran artist or a relative newcomer, the Bistro Awards pays tribute to cabaret favorite Ricky Ritzel for his delightfully entertaining Musical Series, Ricky Ritzel’s Broadway, and to singer Sierra Rein for Debut. Rein made her first solo appearance last year with an impressive performance that covered the gamut from humor to drama, but with a strong emotional undercurrent that turned her show into a deeply moving experience.”

More information at BistroAwards.com
Read the list the people Sierra sends her heartfelt thanks to in greater detail.
Then, Sierra was the winner of the 2019 MAC Award for Best Debut. The Awards ceremony, at which the winners of the evening were announced, took place on March 26th, 2019 at Sony Hall, 235 W. 46th Street. Sierra accepted the award and sang “Come On-A My House” with Bill Zeffiro at the piano, Matt Scharfglass on bass, and Don Kelly on drums. Visit CabaretScenes.org for a full list of winners. 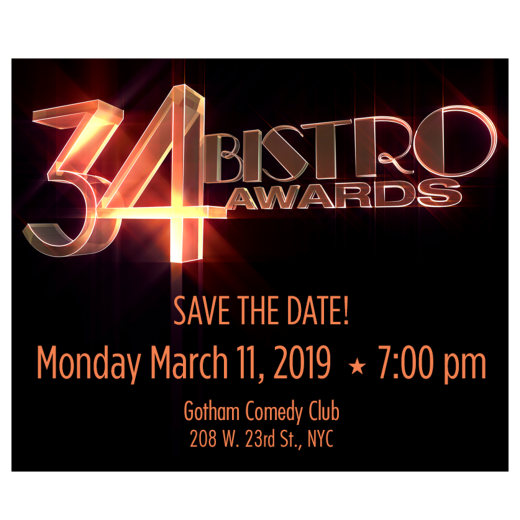